"Clutch Your Pearls" is the 1st episode of season five of Love & Hip Hop: Hollywood, and the 59th episode overall.

K. Michelle returns to Hollywood, and she already has a score to settle with Lyrica. Moniece's bad behavior catches up to her. Scandal threatens Ray J's marriage to Princess. Teairra hits the town for the first time since rehab.

Although credited, Brooke does not appear. 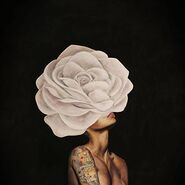