Do It For Finesse

Do It For Finesse

"Do It For Finesse" is the fourth episode of season seven of Love & Hip Hop: Atlanta, and the 108th episode overall.

Kirk and Jasmine come face to face for the first time in a year. Samantha pushes Tommie to make up with her sister Versace. Karlie finds herself in a new role as caretaker for her sick father. Shooter leans on friends while grieving his son.

Although credited, Mimi, Jessica, Erica and Stevie do not appear. 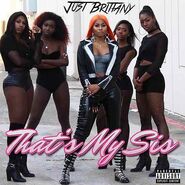