Masika meets Misster Ray at the Laque Nail Bar in North Hollywood for a pedicure. They discuss her upcoming launch party for her Khari Barbie beauty line and her recent drama with Zell. Despite expressing his distaste for Zell based on past interactions with him, Ray suggests they invite Zell to the launch party and he will "take care" of him. Masika warns Ray not to cause drama at her event.

Moniece invites Cisco to her apartment, along with Nia, to apologize for their behavior at the meet up last night. The girls express their concern for Teairra's drinking problem and ask for his help in getting her into rehab.

Brooke and Booby meet up on the rooftop of a parking lot. Brooke once again confides in him her problems with Marcus. Booby says that Marcus "doesn't know what he's got", before playing her a new track he's working on and asking her to sing on it. She worries that Marcus would feel a certain type of way about it, Booby replies "maybe he should".

Cisco visits a hungover Teairra at her apartment. He says it feels like she's "spiralling out of control a bit" and says that he cares for her. She promises to try and get herself together.

Solo Lucci meets Alexis at the Crazy Girls strip club in Hollywood. Alexis confesses that she took a pregnancy test and that it came out negative, much to her relief. She tells them he still needs to resolve his baby mama situation before they can move into the next stage of their relationship.

Marcus sets up a romantic night for Brooke in a glamorous Hollywood mansion, determined to make things up to her. He gives her roses and apologises again for the Jade situation. Brooke teases that she's not wearing panties but gives him the cold shoulder, leaving instead to go to a recording session with Booby.

Marcus meets A1 and Solo at Brickyard Pub in Los Angeles. They recap their recent dramas with their respective girlfriends while playing a game of pool. A1 reveals that he has the opportunity to meet with Keyshia Cole to discuss making music together but he is unsure whether to tell Lyrica.

Across town, Booby and Brooke are recording their track at East West Studio in Los Angeles, the chemistry between them continuing to heat up.

Keyshia meets Zell at Philipp Plein in Beverly Hills, shopping for a new outfit for an event she is going to. Zell dishes about his recent dramas with Masika and Alexis and Masika's upcoming event planned by "blowfish" Misster Ray. Keyshia advises that he stop being petty and focus on his coins.

Alexis is doing a photo shoot at Apex Studios in Los Angeles for Nikki's lingerie line. Solo's baby mama Sara suddenly crashes the shoot, screaming at Alexis for "fucking [her] baby daddy" while they were still together. Alexis denies being the "other woman" and the two argue before Sara is dragged away by security.

Keyshia meets Ericka at Il Cielo in Beverly Hills, who introduces her to A1. The two plan a studio session together.

Cisco takes Teairra to the Le Jolie Medi Spa in Studio City for a detox and an IV treatment. Both downplay her alcoholism, and don't see it as a serious problem.

Masika's cosmetics line launch party kicks off at Serafina Sunset in Los Angeles, with Misster Ray, Moniece and Nia in attendance. Zell arrives but Masika gives him the cold shoulder. As Misster Ray makes a toast, Zell decides to ruin the party, jumping up on the display table and shouting out comments about Ray's weight. The two get into a shouting match before Zell starts throwing Masika's make-up products at Ray, who tosses his glass of champagne back. Zell is escorted out by security but Masika kicks Ray out too, blaming him for helping ruin her event. 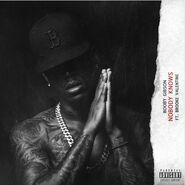