Khadiyah appears as a guest star during season three of Love & Hip Hop: Atlanta as Joc's real estate agent and "assistant". It is soon revealed that the two are having sex behind Karlie's back, breaking up their relationship.

She joins the supporting cast in season four, having now become Joc's official girlfriend. During the season, she has a rivalry with his four baby mothers, specifically Sina Bina.

Khadiyah did not return to the show after the season's reunion, with Joc revealing in season five that the two had broken up.

Khadiyah has made 18 appearances in total. 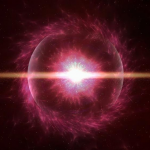