On March 8, 2016, VH1 announced that Love & Hip Hop: Atlanta would be returning for a fifth season on April 4, 2016. A 5-minute long "super-trailer" was released on March 28, 2016. This season featured an entirely new opening credits sequence. With the exception of Erica Dixon, who quit the show, all main cast members from the previous season returned. Tammy Rivera returned to the main cast after a season's absence, along with original cast member K. Michelle, who returned from the fourth episode "Blackmail". Although credited in every episode after that, Michelle appeared infrequently with no major storylines and barely interacted with the rest of the cast. Lyfe Jennings and Rasheeda's mother Shirleen Harvell joined the supporting cast, along with "momager" Karen "KK" King, her son Scrapp DeLeon, Scrapp's girlfriend Tommie Lee, his baby mama Tiarra Becca, Mimi's girlfriend Chris Gould, Grammy Award-winning songwriter D. Smith and her best friend Betty Idol. Kirk's daughter Kelsie Frost, Scrapp's brother Sas, radio personality J-Nicks and stripper Amber Priddy appeared in minor supporting roles.

For the first time in the show's history, this season did not include a traditional reunion special filmed onstage in New York in front of a studio audience as with the previous seasons. Instead the cast filmed separately or in smaller groups at a mansion in Atlanta, GA, due to concerns for the cast and crew's safety after Joseline and Tommie's violent rivalry got police involved.

The season opens with the introduction of the King family, who are trying to hold everything together as one of their own, Scrapp DeLeon, faces long term jail time. Mimi shocks the girls with her new lover, Chris. Karlie is unsure about her relationship with Lyfe and suspects he may be keeping secrets from her. Scrappy and Joc are enjoying the bachelor life. Tammy is dealing with the fall-out from Waka's comments on the trans community when she encounters D. Smith and Betty Idol. Stevie J and Joseline return from their adventures in Hollywood on shaky ground.

The season, including the reunion's format, received mixed reviews from fans and critics, with writer Michael Arceneaux criticizing it for being "not up to par" due its focus on its new cast members "whose problems I didn’t care about". 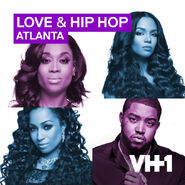