On February 21, 2017, VH1 announced Love & Hip Hop: Atlanta would be returning for a sixth season on March 6, 2017. A 5-minute long "super-trailer" was released the following week. With the exception of K. Michelle, all main cast members from the previous season returned, along with Tommie Lee, who was promoted to the main cast. Social media personality Lovely Mimi joined the supporting cast, along with club promoter Melissa Scott, Kirk's alleged mistress Jasmine Washington, her lovers Rod Bullock and Keanna Arnold, beauty shop owner Sierra Gates, her assistant Moriah Lee and her husband Shooter Gates. Although not included in the initial cast announcement, aspiring radio personality Tresure Price, aspiring singer Estelita Quintero, Stevie J's daughter Savannah Jordan and Tommie's mother Samantha would also appear in supporting roles. Rapper Gunplay appeared as a supporting cast member for one episode, leading to speculation that his appearance served as a teaser for the upcoming spin-off Love & Hip Hop: Miami.

On April 19, 2017, VH1 announced that Joseline's Special Delivery, a special documenting the birth of Joseline's child, will air between the season's eighth and ninth episodes on May 1, 2017. It premiered to 2.18 million viewers. Additionally, Dirty Little Secrets 2, a special featuring unseen footage and deleted scenes, aired on May 10, 2017 to over 1 million viewers.

Production on the season became increasingly troubled, with later episodes showing scenes of Joseline Hernandez and Kirk Frost breaking the fourth wall to express their displeasure with the producers. Long time cast members Bambi Benson, Ariane Davis and Deb Antney had their screen time reduced dramatically while Dawn Heflin was phased out of the show nearly entirely (having only two minor guest appearances). On January 27, 2017, Bambi was hospitalized during filming,  and later confirmed to have quit the show due to her drama with Scrappy. Behind the scenes during the reunion taping on June 1, 2017, tensions between Joseline, Mona Scott-Young and the other producers exploded, with Joseline announcing that she had quit the show after six seasons.

Love & Hip Hop: Atlanta follows the lives of Atlanta's hip-hop elite as they take on the trials and tribulations of juggling both their professional and personal lives...which often intersect and unravel for the whole world to see! Returning vets and newcomers alike are bringing the drama like never before! Although Joseline Hernandez and Stevie J have officially called it quits, a pregnant Joseline will forever be linked to Stevie and Mimi Faust. Kirk and Rasheeda are back, but a bit of frost has settled on the idyllic union. After a tumultuous year, Tommie is on a quest for legitimacy.

The season opens with a heavily pregnant Joseline at war with Stevie over the paternity of her child. Karlie and Yung Joc have rekindled their romance, however she finds it difficult to forget his past treatment of her. Tammy has left Waka; while she's focused of being single and independent, he makes big attempts to win her back and fight for their family. Tommie is dealing with the legal repercussions of her violent feud with Joseline last year. At Joseline's masquerade-themed party, Karlie and Joc are shocked when they approached by a woman named Jasmine, who claims the father of her baby born a few months ago is Kirk and him and Rasheeda face the major challenges heading towards their marriage.

The series premiere garnered big ratings for the network, with VH1 announcing a combined rating of 5.2 million viewers, up 17% from its fifth season bow. However, ratings soon decreased and the show began receiving criticism for its focus on the new cast members and their little-to-no connection with the hip hop music industry, as well as their allegedly fabricated storylines. Funky Dineva, who has recapped the show for six years and appeared in early episodes of the show, slammed the storyline involving Sierra and Moriah as "phony and fake" and said executive producer Mona Scott-Young "should be ashamed" to put her name on "this garbage ass, fake ass, bullshit ass show". 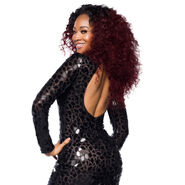 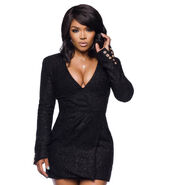 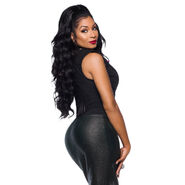 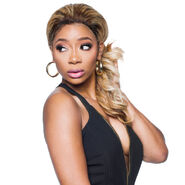 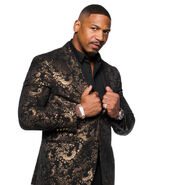 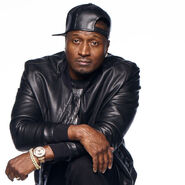