The series chronicles the lives of several women and men in the Los Angeles area, involved in hip hop music. It consists of 16 episodes, including a two part reunion special hosted by Nina Parker.

On April 13, 2017, VH1 announced that season four of Love & Hip Hop: Hollywood would premiere on July 17, 2017 and initially run for 14 episodes. Earlier on March 17, 2017, singer Keyshia Cole revealed that she had joined the cast for its newest season, along with her estranged ex-husband Daniel "Booby" Gibson. On June 19, 2017, VH1 revealed the show would premiere on July 24, 2017 and released a teaser confirming Cole's involvement with the show, along with a press release confirming the new cast members. On July 13, 2017, VH1 released a series of cast interviews with newcomers Brooke Valentine, Gibson, songwriter Marcus Black, stylist Zellswag, Moniece's girlfriend A.D. Diggs and Fetty Wap's ex Alexis Skyy. On July 17, 2017, VH1 released a six-minute "super" trailer.

Along with Keyshia Cole, this season saw the promotion of Lyrica Anderson and Safaree Samuels to the main cast, as well as the return of Hazel-E after a season's absence. Lil' Fizz and Masika Kalysha were demoted to supporting cast members, with Kalysha's demotion being a controversial and allegedly last minute decision, due to her refusal to film with or even discuss longtime rival Alexis Skyy on camera. The season revealed scenes of Kalysha breaking the fourth wall several times to express her displeasure with producers, as well as threatening legal action and storming off set. Valentine, Gibson, Black, Swag, Diggs and Skyy would all join the supporting cast, along with Chanel West Coast, producer Solo Lucci and Bridget Kelly. Love & Hip Hop: New York cast members Cisco Rosado and Jade Wifey, College Hill star Misster Ray, Alexandra Shipp's brother James Shipp Jr. and A.D.'s friend Tiffany Campbell would also appear in supporting roles.

On July 3, 2017, three weeks before the season four premiere, VH1 aired Dirty Little Secrets, a special featuring unseen footage and deleted scenes from the show's first three seasons, along with interviews with the show's cast and producers.

With major new additions to the cast, Love & Hip Hop Hollywood returns -- and it's bigger, louder, and more glamorous than ever before. With a new deal at Epic Records and a major album in works, R&B icon Keyshia Cole is determined to re-assert herself as an A-list artist and make peace with her famously precarious personal life. Powered by her thriving business empire and the love of a younger guy, Hazel-E is back in Hollywood -- and ready to stunt on all the haters. Masika Kalysha, who's also busy waging a social media war against Fetty Wap's ex. After the dismissal of her high-profile assault case, Teairra Mari re-emerges on the Hollywood scene in a brand new relationship. Moniece is back, and she's in love... with a woman. When Miss Nikki Baby suggest they work together, Safaree is down to work with Chanel West Coast. Finally, after several months abroad, Ray J. and Princess Love return to Hollywood with a focus on starting a family.

Main and supporting cast members in order of appearances, out of the 16 episodes. 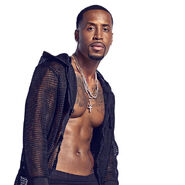 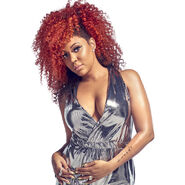 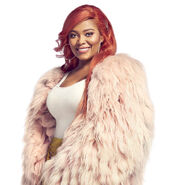 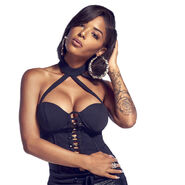 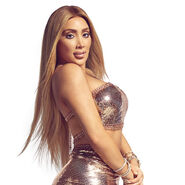 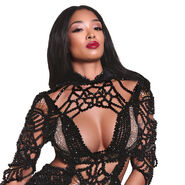 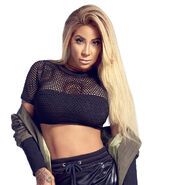 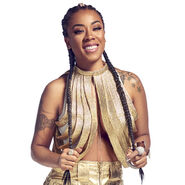 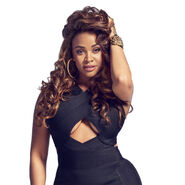 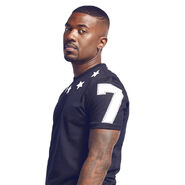 The following were released on VH1's web site to promote the season:

These two promo videos were derived from a video shoot with Princess giving a introduction to the new cast members, Brooke, Booby, Marcus, Zell, A.D., Alexis. Many of these interviews were split up into smaller clips that were released throughout the season.