The season was produced by Mona Scott-Young for Monami Entertainment, Toby Barraud and Stefan Springman for NFGTV, Kenny Hull for Interloc Films, and Jim Ackerman and Jeff Olde for VH1. It consists of nine episodes, including a reunion special hosted by Angie Martinez.

The series was first mentioned in VH1's programming development report in early 2010 as Diary of a Hip Hop Girlfriend. On January 4, 2011, VH1 announced that Love & Hip Hop would make its series premiere on March 6, 2011, as an eight episode series. The first season was later expanded to nine episodes to include the first season reunion, which aired on May 16, 2011. The series would star Jim Jones' girlfriend Chrissy Lampkin, Fabolous's girlfriend Emily Bustamante, Olivia Longott and aspiring rapper Somaya Reece, with Jim Jones, his mother Nancy Jones, Somaya's manager Maurice Aguilar and Olivia's manager Rich Dollaz in supporting roles. Swiss Beatz's ex-wife Mashonda Tifrere would appear in a minor supporting role. The show was primarily filmed in New York City, New York.

Hip hop. You think you know what it's about cause you saw it in the music video, right? You're in the game, living the high life. Private jet, iced out, sipping Cristal by the pool. But don't get it twisted. Behind the Bentleys and the bling, hip hop is a brutal boy's club. And for a woman trying to make it hers, it can be a real grind. Whether she's a rapper, trying to break through, fighting off the haters, or a rapper's girlfriend trying to get that ring. Will he ever get it together or will she have to forget him forever? This life isn't easy for a woman, even for a singer who's had success but is now struggling to get back on top. You'll see that everything in hip hop has two sides. Sure, there are the perks but beware of the pitfalls. Cause it ain't all fair, in Love & Hip Hop.

Chrissy has been with rapper Jim Jones for six years but she is struggling to take their relationship to the next level. Emily has been with rapper Fabolous for eight years and has a son by him, however, he still refuses to claim her in public as anything but his stylist. Olivia is a R&B singer desperate to get back in the limelight after a series of career misfires. Somaya is a Latina rapper who has recently arrived in New York City, hungry to kickstart her music career.

When Somaya pursues Jim to collaborate on a track, she ignites a feud with Chrissy. The two get into a huge argument at a yacht party. When Somaya's manager Maurice makes reference to Jim's alleged money issues during the fight, Jim comes after him on the streets of New York. Blaming Olivia for the entire fiasco, Somaya puts her on blast in an online interview, angering Olivia's manager Rich. Meanwhile, under the advice of Mashonda, whose ex-husband Swiss Beatz famously left for Alicia Keys, Emily contemplates leaving Fab for good. Chrissy takes matters into her own hands and proposes to Jim, provoking a violent meltdown from his mother Nancy.

Jon Caramanica of The New York Times praised the show's deconstruction of the public image of rappers, as well as the quality of the production values with "slick, beautiful shots of the women driving spectacular cars with no men in sight". However, he was critical of the "needless filler drama", a criticism that was shared by other critics who felt the "endless catty arguments and trashy behavior" detracted from the show's message and was too derivative of The Real Housewives franchise. 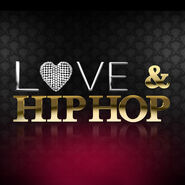