The season was produced by Mona Scott-Young for Monami Entertainment, Toby Barraud and Stefan Springman for NFGTV, and Shelly Tatro, Brad Abramson, Danielle Gelfand and Jeff Olde for VH1. It consists of 14 episodes, including a two-part reunion special hosted by Mona Scott-Young.

The show underwent major cast changes after last season's reunion special, in which all four original cast members accused their producers of manipulating storylines for drama. On September 7, 2012, VH1 announced that Chrissy Lampkin and Jim Jones would leave the show to star in their own spin-off show Chrissy & Mr. Jones, along with Emily Bustamante and Jim's mother Nancy Jones. Somaya Reece quit the show all together, while Olivia Longott's role would be diminished significantly, appearing only as a supporting cast member.

On December 4, 2012, VH1 announced that Love & Hip Hop would be returning for a third season on January 7, 2013. Rich Dollaz and Yandy Smith were the only major cast members from the first two seasons to remain on the show, with Yandy taking over for Chrissy as the lead. Erica Mena was promoted to the main cast, along with author and former hip hop groupie Winter Ramos, who had a brief guest appearance last season. They were joined by video vixen Tahiry Jose, radio personalities Raqi Thunda and Jen the Pen and celebrity stiletto expert Rashidah Ali. Joe Budden, Yandy's boyfriend Mendeecees Harris, Consequence and aspiring rapper Lore'l appeared as supporting cast members, with Joe's girlfriend Kaylin Garcia appearing in a minor supporting role. Former main cast member Kimbella Vanderhee returned as a guest star for two episodes.

New York, where it all began. To make it in this city, you always have to remember where you came from, to get to where you're going. You always have the family you're born with. What counts is the family you build. Sex is always the lure but be careful not to get trapped. Someone's always trying to make it to the top. Its staying there that means you've made it. Its always easy to say "I love you" but it means nothing without respect. So welcome back to New York. The players change but the game always stays the same. Cause it ain't all fair, in Love & Hip Hop.

Yandy has given birth to a baby boy with her boyfriend Mendeecees, and thinks its about time he put a ring on it. Rapper Joe Budden struggles with substance abuse and feelings for his ex Tahiry. Erica mixes business with pleasure with her manager Rich as she embarks on a music career. Rapper Consequence and his long time girlfriend Jen the Pen clash over his Muslim faith and how to raise their son.

The cast retooling had a mixed reception from audiences with the season garnering the lowest ratings in the franchise's history at that point. 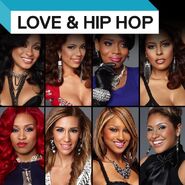 Check Yourself: Love & Hip Hop and bonus scenes were released weekly with every episode.