Ray J, Safaree and A1 Bentley catch up at the E.P. & L.P. restaurant in West Hollywood. Ray discusses his difficulty getting Princess pregnant and suggests the three go to a fertility clinic to see who has the highest sperm count. He says the guy with the lowest has to do a song with Hazel.

Booby is doing hydrotherapy on his knee injury in the pool at the Sofitel Hotel where he meets with Brooke who confides in him about her problems with Marcus.

At a picnic on Will Rogers State Beach, Moniece, Masika, Zell and Nia watch A.D. play with Kameron and discuss how Moniece explains her new relationship to her son. Zell brings up the drama of the other night and when Alexis' name is mentioned, Masika storms off in anger.

Marcus meets Brooke at Lake Balboa park to apologize and to let her know that his divorce is now finalized.

Keyshia and her cousin Marquisha catch up with Too $hort at D'Vine cafe and opens up about her situation with Booby.

Ray and Safaree get ready to test their sperm at the Reproductive Fertility Center, A1 arrives with Lyrica to give him "a helping hand".

Zell meets Alexis for drinks at Bar 10, who apologizes for throwing a bag at him. Zell says he will try to get Alexis and Masika together to work out their issues.

At a house party in Studio City, Chanel West Coast is premiering her new single, "Countin". Nikki and Lyrica are in attendance and Chanel introduces her best friend Jade to them. Jade is a paralegal and confesses she is dating Marcus and helping him with his divorce so they can be together.

Keyshia sits down with Booby in their house and tearfully confesses that she wants to  divorce for good.

Over drinks at Sofitel Hotel, Nikki introduces Chanel to Safaree and Chanel asks for help to get her music career popping. Safaree asks her to perform at his coconut oil launch party.

Lyrica meets with Brooke and Nia at a dance class at Millenium Dance Center in Studio City. Lyrica spills about Jade's confession. Brooke wants to get the full story about Jade before confronting Marcus and plans to crash Safaree's event to confront her.

At the fertility center, Ray, Safaree and A1 meet with Dr. Peyman Saadat and get their sperm count results. A1 has the highest, Safaree the second highest and Ray the lowest.

Zell meets Masika for drinks at Page 71 Lounge in Studio City. When Zell brings up Alexis' name for the second time, Masika storms off again, throwing a drink and violently shoving the camera crew and threatening legal action against the show's producers. Zell mocks Masika's dirty heels as she walks away. 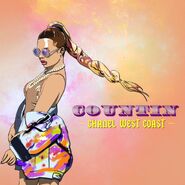 "I'm Kinky, But That's Another Level"