Princess, Ray J, Alexis and her new man Solo Lucci walk the red carpet of Bardot in Los Angeles for A1's record label launch party. Inside, A1 performs his new single while Lyrica, her mother Lyrica Garrett and his mother Pam dance along in the audience. While Ray and Solo go get drinks, Princess and Alexis confess to each other that they have missed their period and may be pregnant. While Princess is excited by the possibility, Alexis is anxious as she and Solo have only been dating for a month, and his baby mama is harassing her on social media. Meanwhile, Lyrica and her mother are pressuring A1 to focus on her music career. When A1 mentions he is looking at some other female artists to sign to his label, Lyrica reacts angrily and demands that he not work with any other females until her Adia album is completed.

At Joe's Bar & Grill in Burbank, Teairra is enjoying time with Cisco Rosado, who she has been dating for the past three months. She wants to introduce him to her friends but he is unsure, due to his bad reputation, but he agrees to sit down with them.

At the launch of his coconut oil line at the Argyle in Los Angeles, Safaree introduces a performance by Chanel West Coast, with Nikki and Jade Wifey in attendance. Brooke and Nia arrive, and after scoping Jade out on Instagram to find out what she looks like, walk up to her and confront her about her relationship with Marcus.

Jade admits she has divorced Marcus so that they can be together. Brooke tells her she is lying and to stop running her mouth and the two get into an heated argument. When Chanel begins to loudly chime in to defend her friend, Brooke storms off.

Moniece and Nia meet Zell outside after shopping at Therapy X in Los Angeles. Zell admits meeting up with Alexis and recaps his fight with Masika. The conversation turns to Teairra's new relationship, which they are struggling to keep an open mind about.

Alexis and Solo meet at Stir in Sherman Oaks. Alexis admits she thinks she could be pregnant and demands he sort his baby mama situation out. They get into an argument and she storms off.

At 17 Hertz Studio in North Hollywood, Hazel is recording a track with Ray J, not knowing he is only working with her because he lost a bet. Safaree reacts enthusiastically to the track and asks Hazel to "lend her creative eye" on a project he is working on with Chanel. Cisco arrives to catch up with the guys and admits to Ray that he is now seeing Teairra. Ray gives the relationship his blessing and gives him advice on dealing with their friends. Cisco confesses that he thinks she parties too much.

At the Lone Wolf Cigar club in Los Angeles, A1 and Marcus are catching up over drinks and cigars when Brooke walks in, demanding to speak to Marcus alone. A1 leaves to go back to the studio and Brooke asks Marcus where his "little paralegal ho" is and tells him to bring her here now.

Jade arrives at the cigar club and her and Brooke get into another heated argument. Marcus ends things with Jade, says Brooke is his girl. Brooke and Marcus leave together but Brooke turns on him, saying "we're done", before storming off.

A tearful Princess meets Ray J at the studio with a negative pregnancy test. He comforts her and promising to keep trying to have a baby together.

At Larabee Studios in North Hollywood, Lyrica is recording a song with A1 when they are interrupted. A1 has booked a meeting with Ty Dolla Sign's sister AngelGold and her manager Donatella. He sits down with them and tells them he unfortunately can't sign her, before bringing Lyrica out to tell them why. Lyrica goes off on them and the two women leave the building before things get physical. Lyrica gets mad at A1 for putting her in that position, throwing some water at him and calling him "thirsty" before storming off.

At Sandbox in Los Angeles, Cisco and Teairra meet with Moniece, Nia and Zell. Things go left when they bring up Teairra's drinking problem, along with the time Cisco referred to Moniece as a "bitch" in a emotional argument with Rich. When Zell mocks Cisco for crying during that argument, Cisco storms off in anger. A clearly intoxicated Teairra breaks down, saying her friend aren't supporting her, and then leaves with Cisco. 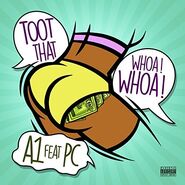 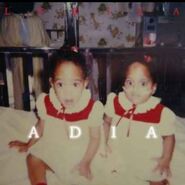